Home TENNIS NEWS The Most Liked Tennis Player of All Time 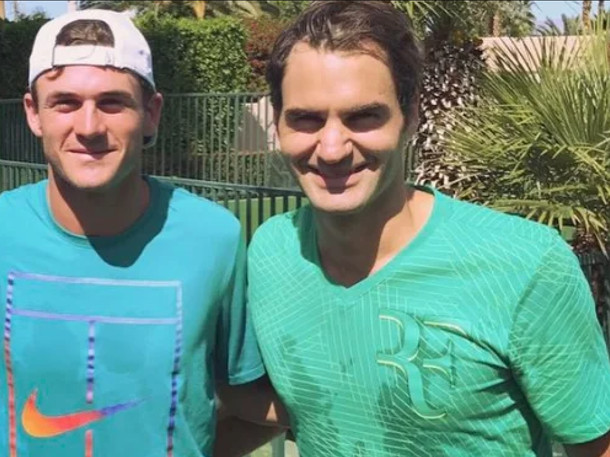 Roger Federer retires owning one title that can never be taken away, says Tommy Paul.

“He is an icon,” Paul told the media in Glasgow today after his 6-1, 6-4 Davis Cup win over Mikhail Kukushkin. “He is like the most-liked tennis player of all time. Really nice guy. Sad to see him go.

“Kind of wanted to play him before he left. Definitely wanted to get a W over him at some point. That would have been nice to have on the résumé.”

Former world No. 1 Federer announced his farewell to pro tennis will come the weekend of September 23rd as he joins fellow Big 4 icons Rafael Nadal, Novak Djokovic and Andy Murray forming a Dream Team for Europe in Laver Cup at London’s O2 Arena.

“The Laver Cup next week in London will be my final ATP event,” Federer said in a statement announcing his retirement today. “I will play more tennis in the future, of course, but just not in Grand Slams or on the tour.”


Though Paul never faced Federer in an ATP match the pair played several practice sets over the years.

World No. 29 Paul recalls a practice session with Federer at Indian Wells being particularly fulfilling both during and after they played.

“Practiced with him quite a bit,” Paul said of Federer. “He, like, rented a house in Indian Wells back in 2016 or something. I went over to his house, practiced at the court there.

“The chef was, like, cooking us up food. They were living lavish, you know?”

Paul said Federer was fun to hit with both for his creativity on court and his willingness to talk tennis and answer questions off court.

“It’s just cool, you can, like pick his brain, talk to him, and it’s always unbelievable talking with someone that knows that much about tennis,” Paul said.