Some records are short-lived, some stand the test of time.

Roger Federer has repeatedly taken tennis to new heights during his 25-year career on the ATP Tour. As he prepares for the final tour-level event of his career at this weekend’s Laver Cup, ATPTour.com looks at some of the achievements that appear most likely to keep Federer’s name in the record books for some time to come.

237 Consecutive Weeks At No. 1
Federer’s total of 310 weeks spent at the top of the Pepperstone ATP Rankings may have been passed by Novak Djokovic in March 2021, but the Swiss’ record of 237 consecutive weeks in top spot is one that even the Serbian maestro has not yet been able to top.

The longest No. 1 reign in Pepperstone ATP Rankings history began on 2 February 2004, when Federer dethroned Andy Roddick from top spot with his triumph at the Australian Open. He then embarked on an unprecedented period of dominance on the ATP Tour, remaining at No. 1 until 17 August 2008, when he was usurped by Rafael Nadal.

Federer’s 2003-2005 stint at the top of the game is not his only No. 1-related record. The Swiss remains the oldest World No. 1 in Pepperstone ATP Rankings history after reclaiming the position aged 36 in 2018.

Won 24 Consecutive Tour-Level Finals
Reaching a final is usually a sign that things are going well on court, but something extra is required to keep cool and maintain your level in the pressure cooker environment of a championship match. Whatever that ‘something’ is, Federer had plenty of it between 2003 and 2005, when he won an incredible 24 consecutive tour-level singles finals in which he appeared.

A triumph against Carlos Moya in Vienna in October 2003 proved the starting point for Federer’s historic run, which only came to an end in the most dramatic of circumstances at the 2005 Nitto ATP Finals (then known as the Tennis Masters Cup) in Shanghai. Despite playing with an ankle issue, Federer carved out a two-sets-to-love lead in the championship match before David Nalbandian produced a stunning comeback to take the title at the season finale. 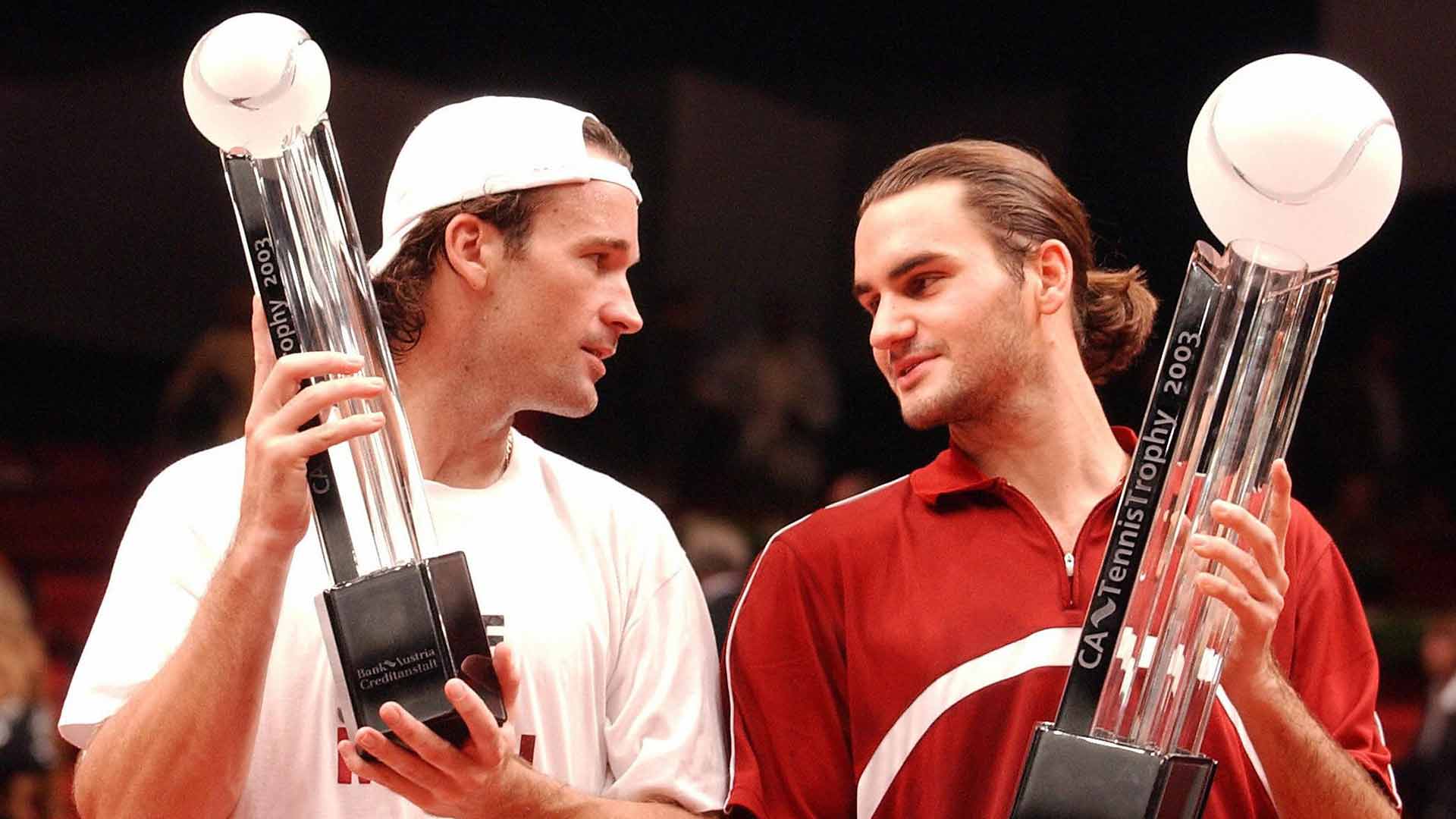 
Reached 23 Consecutive Grand Slam Semi-Finals
Even the best in the world have their off days, but those were few and far between for Federer at the Grand Slams between 2004 and 2010, when the Swiss produced an extraordinary display of consistency on the big stage to yet again etch his name in the record books.

Federer reached at least the semi-finals for 23 consecutive majors from Wimbledon 2004 to the Australian Open in 2010. He fell to Robin Soderling at the quarter-final stage at Roland Garros that year as his streak came to an end, but another one continued — his 36 consecutive Grand Slam quarter-final runs between Wimbledon 2004 and Roland Garros 2013 is also an ATP record.

Won Two Different Slams, Five Consecutive Times
Federer was a consistent title threat at all four majors, but he enjoyed unprecedented periods of dominance at two in particular. He won five straight Wimbledon titles from 2003 to 2007, and replicated that streak at the US Open between 2004 and 2008. Federer’s victory against Andy Murray in the 2008 final in New York made him the first ATP player to win two different Grand Slams in five consecutive years. And he nearly made it six in a row! At the end of his five-year streaks, he lost a five-set Wimbledon final to Rafael Nadal and a five-set US Open final to Juan Martin del Potro.

It was a feat that not even Bjorn Borg, Federer’s captain on Team Europe at this weekend’s Laver Cup, had achieved. The legendary Swede came close, however, winning five consecutive Wimbledon titles (1976-1980) and four consecutive Roland Garros crowns (1978-1981).


65 Straight Wins On Grass
Federer’s elegance as he glided around a grass court was one of the traits that made the Swiss so popular with tennis fans the world over. As well as his record eight Wimbledon trophies, Federer was a 10-time champion on the surface in Halle and also triumphed on the lawns of Stuttgart in 2018.

Federer exerted his grass-court dominance early in his storied career. From 2003 to 2008, the Swiss went unbeaten on the surface for 65 consecutive matches, starting with his opening win at the 2003 event in Halle. As with so many of Federer’s records, it took an almighty effort from an opponent to snap his winning streak, but Rafael Nadal was the man to do it with his epic five-set triumph against the Swiss in a match widely regarded as one of the greatest of all time — the 2008 Wimbledon final. 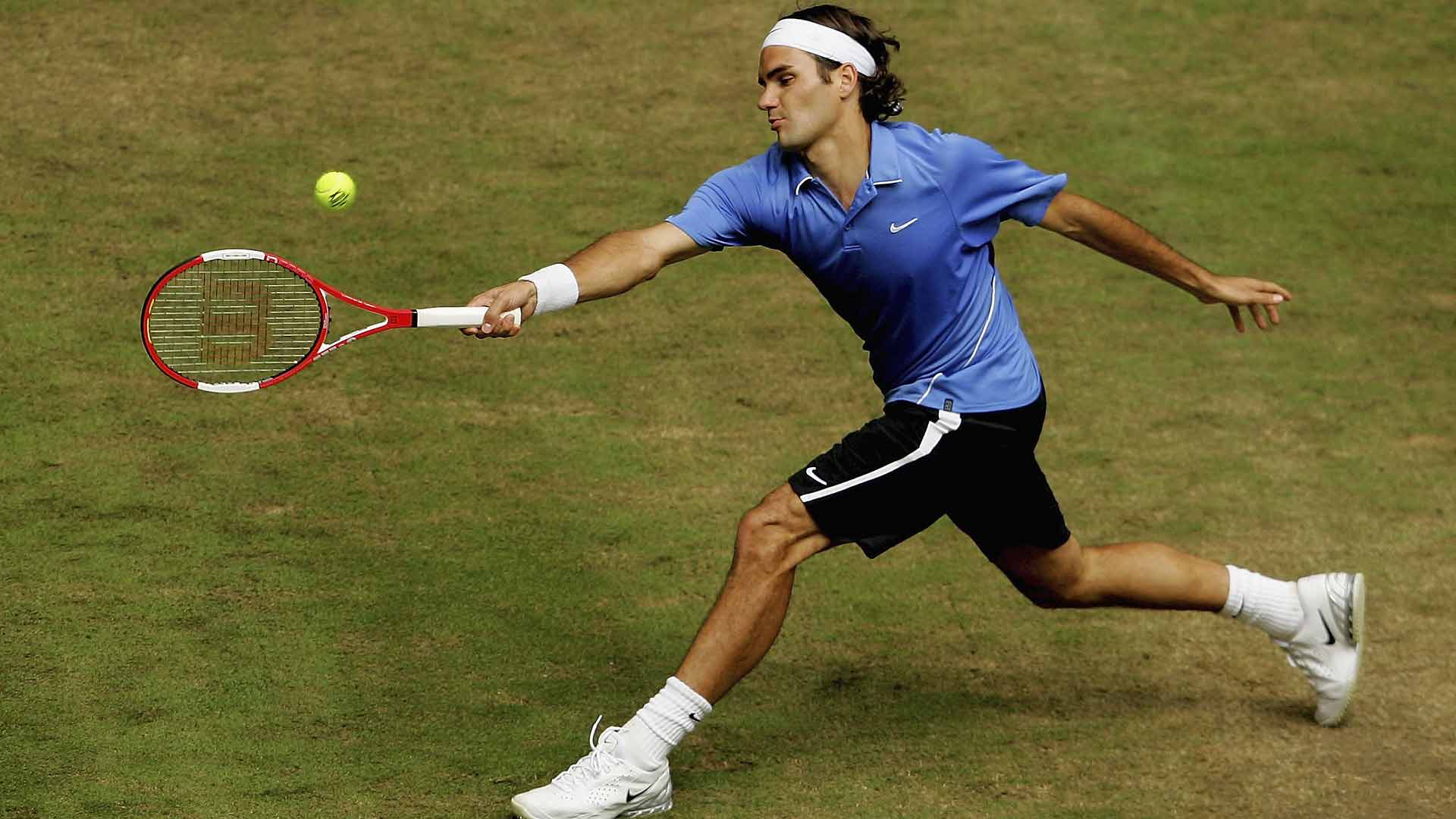 
Won At Least One Set In 194 Consecutive Matches
Even if he did not ultimately get the result he wanted, Federer rarely went down without a fight.

1526 Matches, No Retirements
A knee issue may have eventually forced Federer to call time on his career, but the Swiss’ body nonetheless served him well across 25 years on the ATP Tour.

With this weekend’s Laver Cup in London set to be his final tour-level event, Federer has so far played 1,526 singles and 223 doubles matches on Tour without retiring once. The statistic reflects Federer’s reputation as one of the most hard-working and rigorous professionals on the circuit, attributes which worked in tandem with his special talent to produce one of the most consistent and committed performers in ATP history.