Home TENNIS NEWS Rafter Helping Save Koalas Down Under 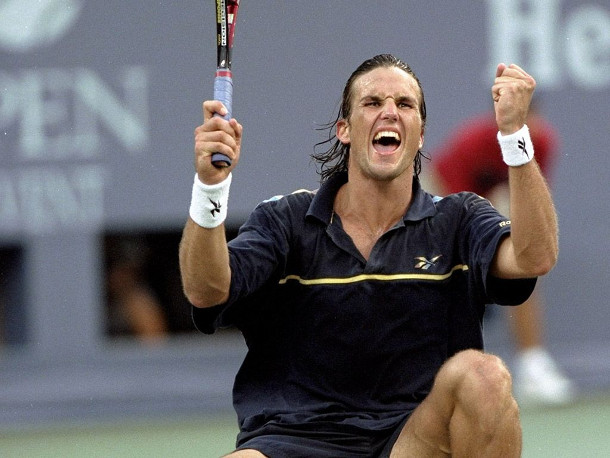 Patrick Rafter isn’t the most prolific champion in US Open history—he’s certainly one of the most philanthropic.

In an act of kindness and generosity, Rafter donated half of his champion’s check from winning the 1997 US Open to the Starlight Foundation charity to benefit ill children in his native Australia. Rafter later started his own charity along with his mother and sister to aid children in need in Australia.

The former world No. 1 was one of the most dynamic serve-and-volleyers of his era.

These days, dedicated serve-and-volleyer Rafter is devoted to serving others.

The 49-year-old Aussie is the subject of the International Tennis Hall of Fame’s new TennisWorthy Series.


In this new episode, Rafter discusses his back-to-back US Open title triumphs, his charitable endeavors and his efforts to reforest his property to provide safe haven for Australia’s iconic koalas, who are under threat from predators. Rafter reports he’s joined forces with his neighbor to plant “close to 17,000 koala trees.”

“Winning the two titles changes your life,” Rafter said. “It’s just as simple as that.

“The first [US Open] money that I gave to charity was the Starlight Foundation and I soon saw the benefit of it. It was a great charity for me to give the first lot of money to.

“After that, it was my own charity that we set up with my sister and my mother. It was for children in Australia. To see young people sick sort of pulls at my heart strings a bit more.”