Rain continues to hamper the San Diego Open and the finalists are not set going into the final day of play. Saturday’s first semifinal, Iga Swiatek versus Jessica Pegula, was paused for rain, throwing off the schedule for the rest of the day as cloud systems continued to form and periodically drizzle onto and finally drench the court.

Danielle Collins and Donna Vekic first walked on court at 17:30. After multiple delays, it was decided at 22:15 that they would finish the semifinal on Sunday before the winner plays the final. They had played almost two and half hours at the time of suspension; Collins was serving at 4-6 6-4 4-2.

To secure her spot in the final of the WTA 500 event, Swiatek beat Pegula 4-6 6-2 6-2. In the first set, Swiatek got an early break for 4-2, but the fourth-seeded Pegula went on to win the next four games, coming in and putting pressure on Swiatek.

Just as the first set concluded, rain started to fall and players were taken off court. When the courts dried, Swiatek came out guns blazing, winning the first three sets and breaking at 5-2. Speaking with media about the shift after the players left court, the top seed said: “All I needed to change was my focus and being really disciplined in those important moments. I knew what to do.” 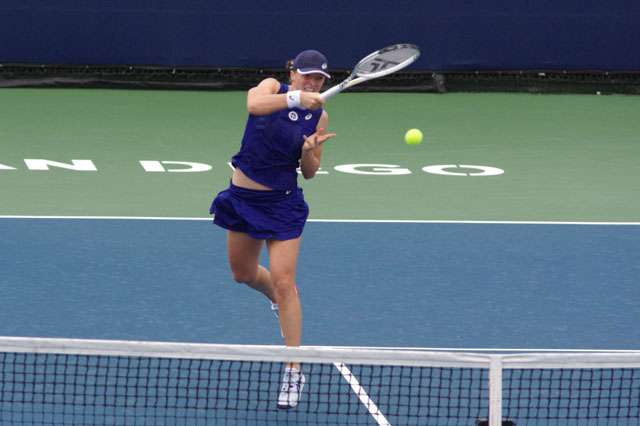 Swiatek added, “For sure there was some tactical stuff that I needed to change because Jessie played really solid game and she didn’t make a lot of mistakes.” Reflecting on her own issues in the first set, the Pole said, “sometimes I was playing too risky and I wanted to be more slow in the second and third.”

Swiatek is prepared for whichever player she will meet in the final, and sees a lot of similarities in the games of Vekic and Collins. Previewing the mystery match, the world No.1 told media: “They’re both heavy hitters, so it’s going to be different than most other players.” 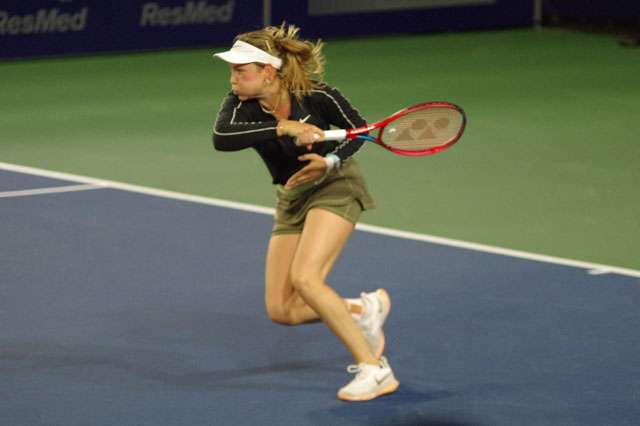 Swiatek added, “it’s not easy to play against players like that because they’re taking a lot of risk and sometimes it’s in, sometimes it’s out. So you have to be really focused.” Swiatek, who still carries with her the cold she got in Ostrava, periodically having to blow her nose on court, will have the benefit of the chance for a good night’s sleep before the final. 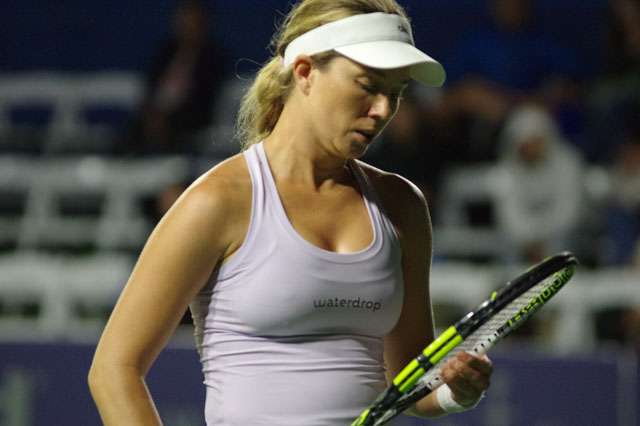 The doubles semifinal scheduled to follow the Collins-Vekic match was fully postponed to Sunday as well.

Did you miss our previous article…
https://tennis-tennis.com/bellucci-becomes-seventh-nextgenatp-italian-challenger-champion-of-2022/