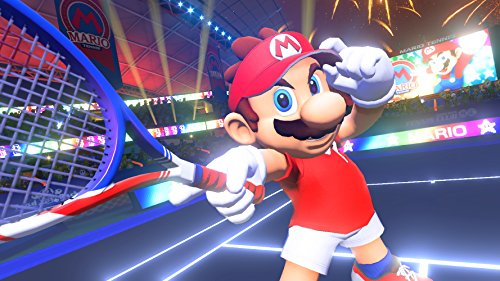 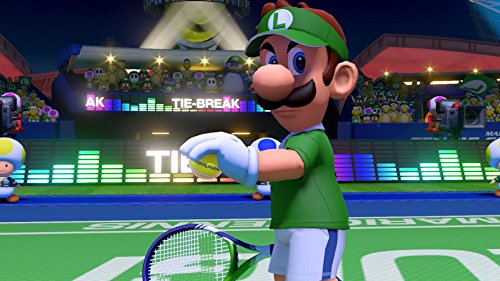 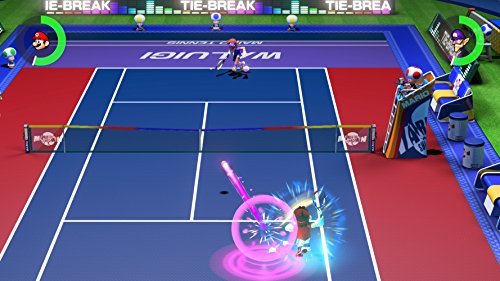 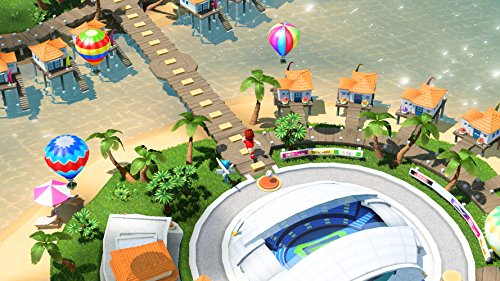 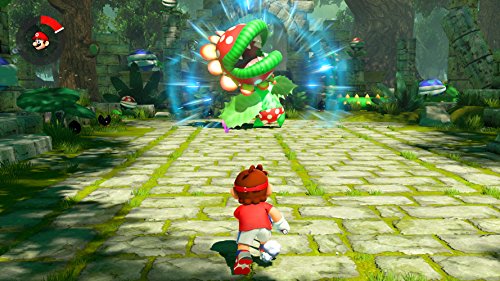 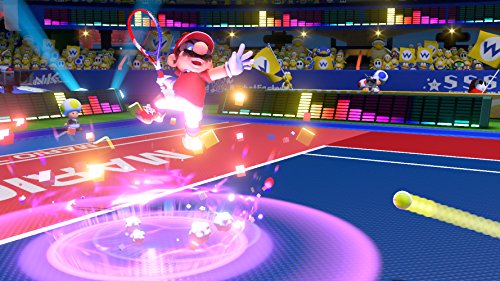 , A new Mario Tennis game is bringing a new level of skill and competition to the Nintendo Switch system. Mario steps onto the court in classy tennis garb for intense rallies against a variety of characters in full-blown tennis battles. New wrinkles in tennis gameplay will challenge your ability to read an opponent’s position and stroke to determine which shot will give you the advantage. And this time the game adds the first story mode since the Mario Tennis game on the Game Boy Advance system, offering a new flavor of tennis gameplay, with a variety of missions, boss battles and more. Up your game with Zone Speed and Zone Shot Unleash an arsenal of shots and strategies in all-out tennis battles with friends, family, and fan-favorite Mushroom Kingdom characters. Whether you play locally, online or using simple motion controls, intense rallies await! In Adventure mode, experience a new favor of tennis gameplay, with a variety of missions, boss battles and more. Complete missions and boss battles in Adventure mode while mastering the controls. Test your hard-earned skills in singles or doubles with up to 4 players in local or online multiplayer, not to mention Tournament Mode, which lets you challenge the CPU. Store up energy and use it to pull off amazing feats: move so fast the world slows down around you or aim in first-person to send the ball crashing down! Your rivals may attempt to block you, but if they fail, their racket will take damage—and break after three hits. Fully charge your energy to launch the ball with enough force to KO your opponent! Additional accessories may be required for multiplayer mode. Sold separately. Nintendo Switch Online membership (sold separately) and Nintendo Account required for online play. Not available in all countries. Internet access required for online features. Terms apply.
Full-blown tennis battles
Fight with many characters and become the best
Variety of missions
New boss battles and more, $59.99, [price_with_discount]