Sunday in Fort Worth was the last day of preparation ahead of the 2022 WTA Finals. Jimmie48 photographed women’s tennis players as they practiced at Dickies Arena.

World number one Iga Swiatek wore a “Sound Mind, Sound Body” Asics T-shirt as she slid on the hard court in Fort Worth.

The photographer didn’t give us context behind this Iga & a dinosaur in the gym photo, but it sure is funny. 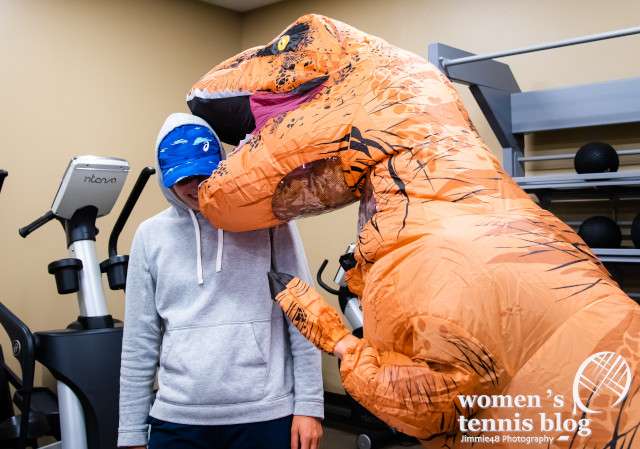 The dinosaur was in the attack mode. It was a Halloween costume of Mexico’s Giuliana Olmos. 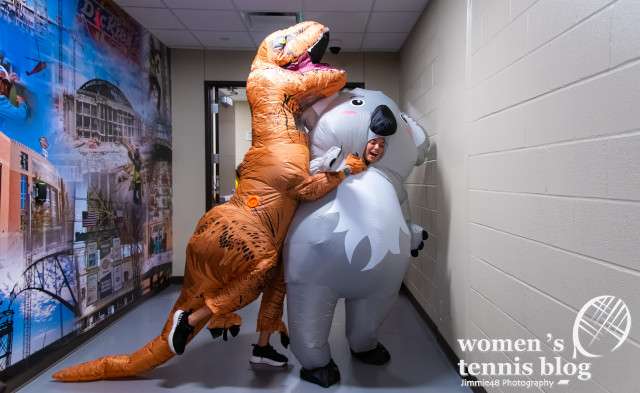 Desirae Krawczyk of the United States was a koala. 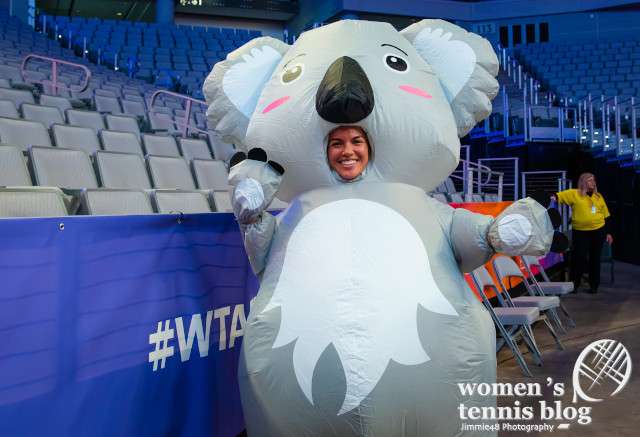 Maria Sakkari had a wide smile as she practiced on Sunday. The Greek from the Nancy Richey Group will kick off the tournament against American Jessica Pegula in a reprise of the recent Guadalajara final. 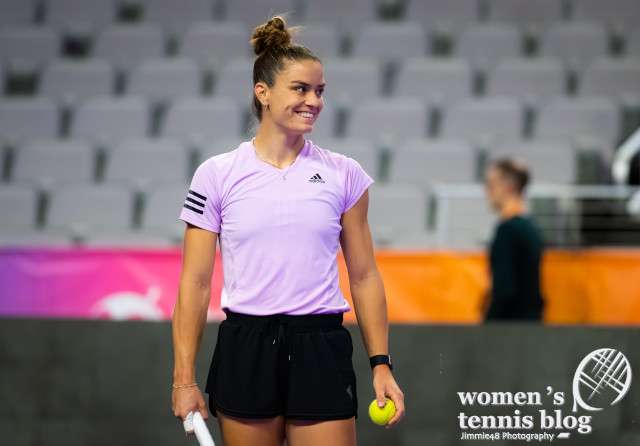 Jessica Pegula is making her WTA Finals debut this year. The American has also qualified in doubles, partnered with compatriot Coco Gauff. 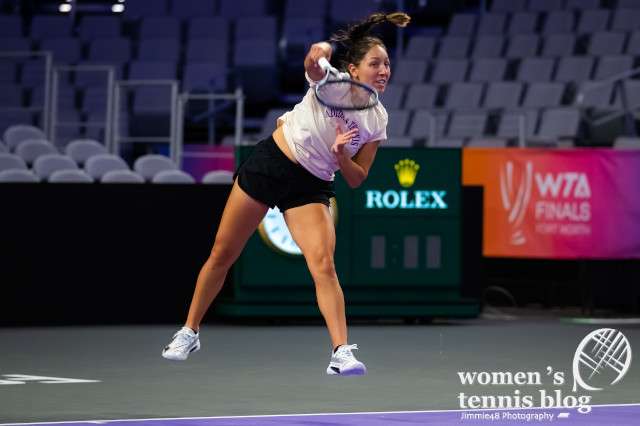 Ons Jabeur is also one of four debutantes in the draw. The Tunisian will take on Aryna Sabalenka on Monday. 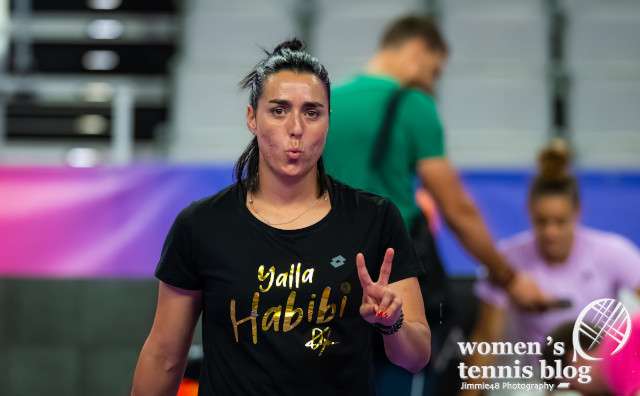 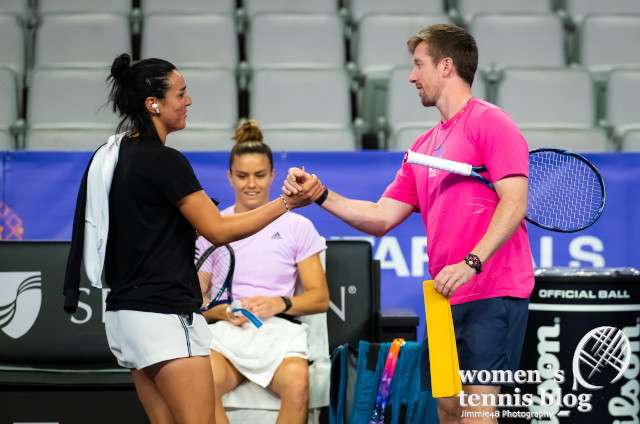 Jabeur is accompanied by her coach Issam Jellali. 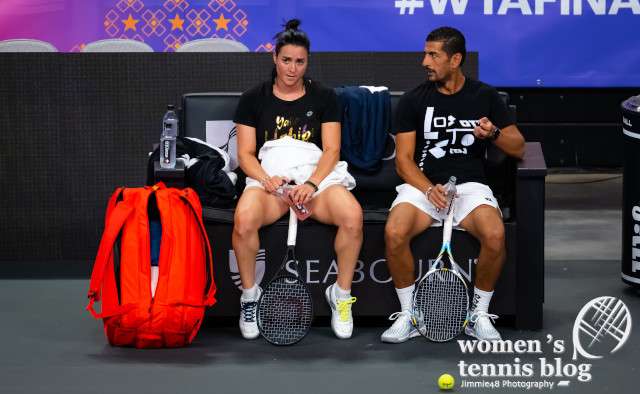 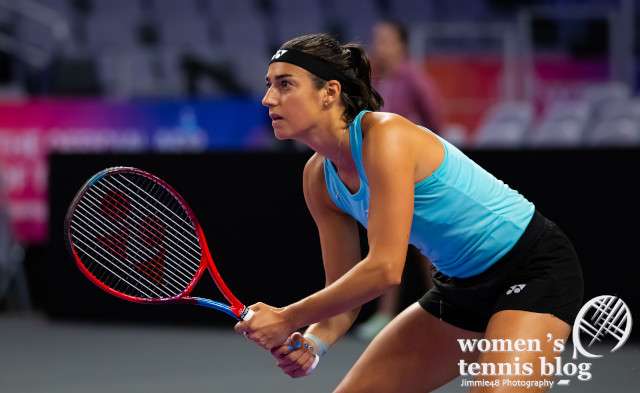 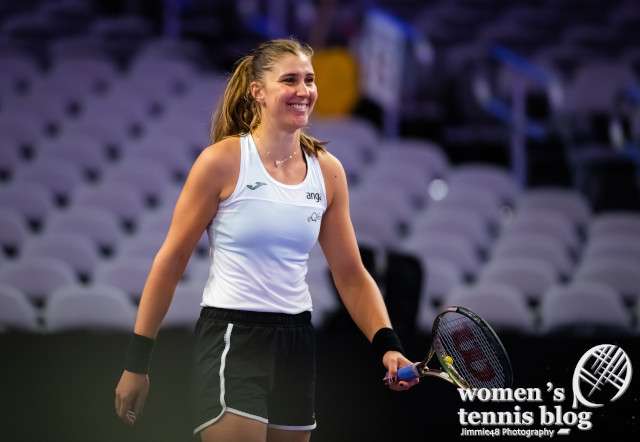 Katerina Siniakova is No.1 seed in doubles alongside Barbora Krejcikova in the Rosie Casals Group. Their first opponents will be eighth seeds Desirae Krawczyk and Demi Schuurs on Monday. 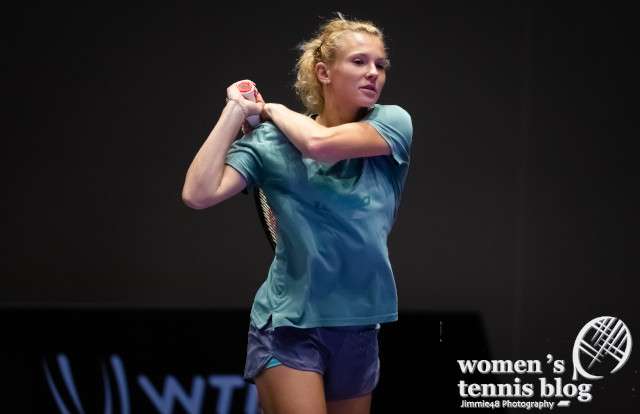 For more pre-event photos, check out our gallery from the WTA Finals draw ceremony.

Did you miss our previous article…
https://tennis-tennis.com/alcaraz-good-to-go-in-paris-after-tests-on-knee-reveal-nothing-serious/