The championship match took one hour and 47 minutes, but Vekic was on the court longer that today, having to finish her semifinal that was suspended for rain the previous night. To earn her spot in the afternoon final, Vekic came back from being down 6-4 4-6 2-4 with Danielle Collins serving at 30:0. The Croatian came out full force against the American, winning the first two games to equalize and finally forcing a third-set tiebreak she won 7-2.

The world No.47 Vekic was able to rest while Coco Gauff and Jessica Pegula took the doubles title before she had to go out and face Swiatek. The top-seeded Swiatek, cheered on by a packed stadium with many Polish fans, quickly took the first set. Digging deep to find whatever was left in the tank, Vekic powered through a second set in which she forced more balls and frustrated Swiatek who started to miss.

By the third set of the final, Vekic slowed down significantly and showed the toll it takes on a player to go through qualifying, the main draw, and finishing a semifinal on four hours of sleep. Swiatek, known for her athleticism and forcing the opponent always to play that extra ball, overwhelmed the Croatian in the decider. Vekic later told the media that in the third set she “hit the Iga wall. She just played out of this world.” 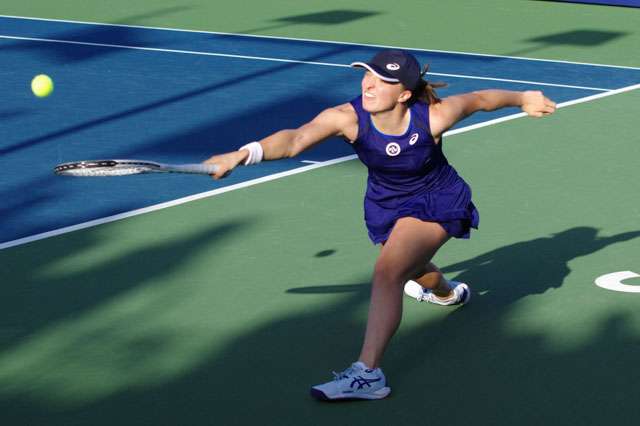 Speaking with press after the match, Swiatek said, “I felt like I needed to change something after the second set because Donna was using my rhythm so in the third, I wanted to change that up a little bit and use more of my topspin.” Fatigued, Vekic did not come up with an answer for the change in play.

Coming back from knee surgery, Vekic said “I wasn’t sure that I would ever be able to come back and, you know, after my surgery and to play at this level again, but I’m really happy to finish the year as strong as this. It just gives me a lot of motivation.” The remarkable run has reset Vekic’s expectations for herself as she prepares for the off-season. 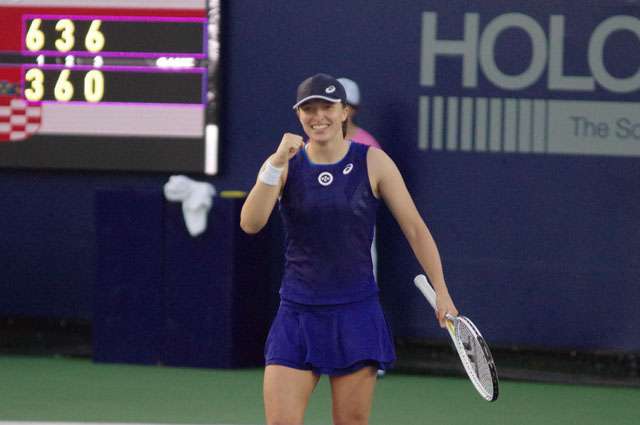 Swiatek showed again how her dominance on the Hologic WTA Tour right now is not only through physical strength but mental as well. She told press after the match, “I worked hard with my coach and also my psychologist to be able to keep focus in moments like that and physically also to be better than many opponents so I’m trying to use that.”

With the tournament over and the decision not to play in Guadalajara, Swiatek can finally recover from the cold that has plagued her since Ostrava. After the match, she was looking for finally being able to enjoy the city of San Diego. She had already picked out a restaurant for dinner and a breakfast spot and plans to spend some time at the beach. 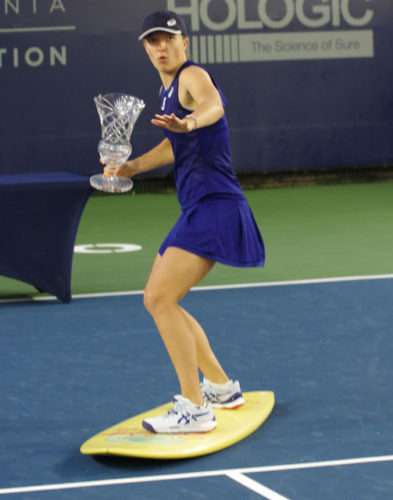 “I really love being on the water and I’m going to use some time to recover next to the water because it just gives this chill-out time.” Along with a crystal trophy, the San Diego Open awarded the champion a signature surfboard, but with a laugh, she said she would wait till after WTA Finals to try it out in case she hurts herself.