Felix Auger-Aliassime hung tough and roused a strong finish to down Oscar Otte in his opening match Thursday at the UniCredit Firenze Open.

The top seed was pushed all the way before completing a 6-4, 6-7(2), 6-2 second-round win at the ATP 250 event in Florence. Otte rallied from 1-3 in the second set to level the match as Auger-Aliassime struggled to maintain his strong start, but the Canadian began to dictate play with his powerful forehand once again in the decider. He broke Otte’s serve twice in the third set to reach his 13th tour-level quarter-final of the season.

“It was a great start,” said Auger-Aliassime after the match. “I played a great first set and until the middle of the second set, and then sometimes that’s how it is in tennis, you get nervous a little bit. Of course, I would have loved to close the match in two sets, but the most important [thing] is that I was able to bounce back, to come back playing some good tennis in the third set.”

Auger-Aliassime struck 42 winners, including 13 aces, in his maiden ATP Head2Head clash against Otte. The 22-year-old was happy with how his attacking intent had seen him through to victory despite the second-set lapse.

“That’s how I like to play, with my strength, with my serve, with my physical abilities,” said Auger-Aliassime. “I try to always go forward. That’s the way I commit to the game and how I play. Again today, I was trying to do that. I did well, sometimes missing a little bit, but that’s OK, it’s going to get better.”

The win represents a solid start in an important week for Auger-Aliassime’s Nitto ATP Finals qualification chances. The Canadian is currently eighth in the Pepperstone ATP Live Race To Turin, but he would leapfrog Taylor Fritz into seventh by reaching the semi-finals in Florence. A seventh-placed finish is required to guarantee qualification for this year’s season finale.

Auger-Aliassime’s next opponent in Italy will be Brandon Nakashima, after the American sealed a comfortable 6-3, 6-4 triumph against Altug Celikbilek. The quarter-final clash will also be an important one for Nakashima, who is looking to boost his chances of reaching the Intesa Sanpaolo Next Gen ATP Finals for the second consecutive year. The 21-year-old is currently sixth in the Pepperstone ATP Live Race To Milan. 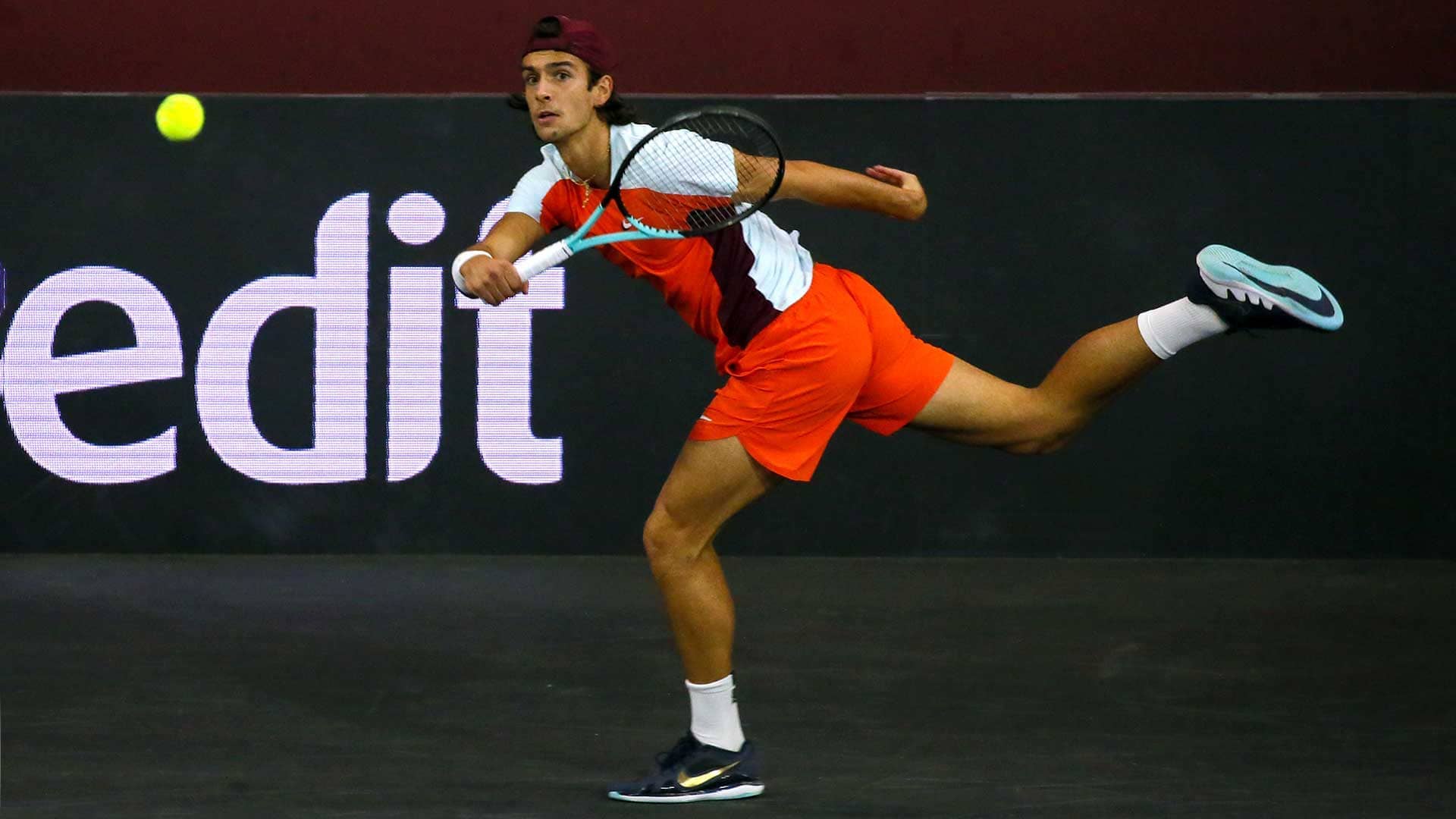 Earlier on Thursday, Lorenzo Musetti put on a show for his home fans as the #NextGenATP Italian dispatched Bernabe Zapata Miralles 6-3, 6-0 with a scintillating opening display in Florence.

Musetti displayed confidence in all facets of his game in the second-round clash at the indoor ATP 250 event. The third seed delighted a vocal home crowd with an array of classy winners to close out victory against Zapata Miralles in just 69 minutes.

Musetti hit 21 winners to the Spaniard’s eight in the pair’s first tour-level meeting. With the win, the Italian is into his sixth tour-level quarter-final of the season and his third on indoor hard courts (after Rotterdam and Sofia). The 20-year-old, whose excellent season has also included his maiden ATP Tour title in Hamburg, has already qualified to compete at November’s Intesa Sanpaolo Next Gen ATP Finals in Milan for the second consecutive year.

Musetti will meet Mackenzie McDonald in the quarter-finals in Florence after the American downed another #NextGenATP Italian, Francesco Passaro, 6-4, 7-5. The No. 79-ranked McDonald broke Passaro’s serve twice in each set to clinch a 95-minute win and reach his third tour-level quarter-final of the season.