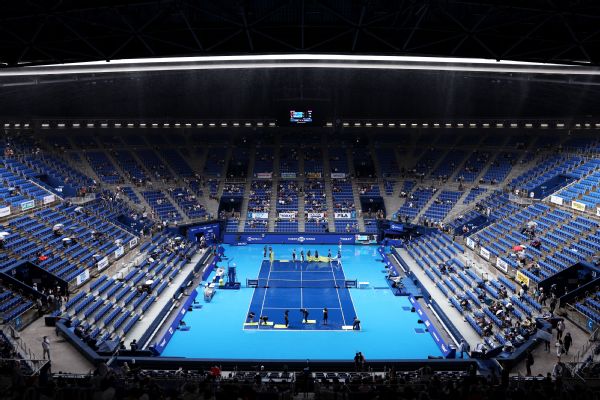 TOKYO — Elise Mertens won the first three games before Typhoon Nanmadol forced the match to be halted, and then won the next three when they resumed in a 6-0, 6-3 victory over Qiang Wang on Monday at the Pan Pacific Open.

Wang was serving when the rain started, forcing play to be suspended for 45 minutes while the roof at Ariake Coliseum was closed.

The 30-year-old Chinese player managed to get to 3-3 in the second set but Mertens then won the last three games to advance to the second round.

Liu also took a 3-0 lead in her match, winning 88% of her first serves in the opening set. The two Americans exchanged breaks to start the second set but Liu won three straight games for a 5-1 lead.

Perez managed to take a 3-0 lead against Xinyu Wang, but she lost the match despite winning the first set.