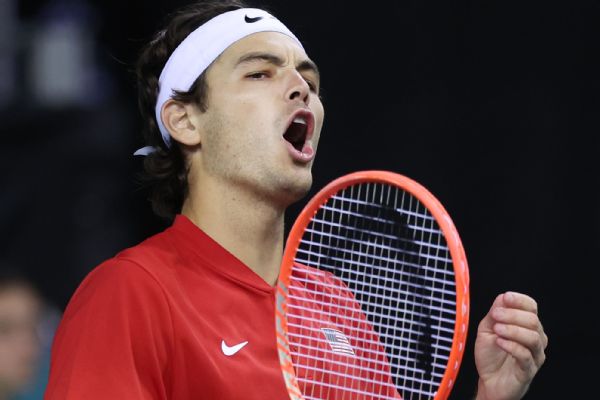 GLASGOW, Scotland — Botic van de Zandschulp and Tallon Griekspoor won their singles against Americans Taylor Fritz and Tommy Paul for the Netherlands to finish top of their Davis Cup finals group on Saturday.

The Dutch had an unassailable 2-0 lead, and Rajeev Ram and Jack Sock were playing for American pride in the doubles against Wesley Koolhof and Matwe Middelkoop.

The United States and Netherlands were already assured of reaching the quarterfinals with two wins each in Group D. As group winner, the Dutch next face the runner-up in Group C, either Australia or Germany.

The U.S. will play the Group A winner, most likely Italy. The Italians play on Sunday in Bologna against Sweden.

Also on Saturday, Croatia was 2-0 up against Argentina for its second win after losing its opener to Italy.

Canada’s tie against Serbia was 1-1 in Valencia and being decided by the doubles in Group B.

France defeated Belgium 2-1 in Group C, where Australia and Germany were already assured of reaching the final eight.