This past week, American teenager Zachary Svajda staked his claim as the latest #NextGenATP star to watch on the ATP Challenger Tour.

The 19-year-old rallied from a set down to capture his maiden Challenger title in Tiburon, California, defeating countryman Ben Shelton in the final 2-6, 6-2, 6-4.

Svajda is the youngest American in the Top 300 of the Pepperstone ATP Rankings. The two-time USTA Boys’ 18s National Championships titlist joins fellow San Diego native Brandon Nakashima (Quimper-2, February 2021) as the only American teenage Challenger champion in the past five years.

Following his title on home soil, which propelled him to a career-high No. 255, ATPTour.com spoke with the California teen.

Sunday was your first Challenger final. Were you nervous?
Yeah, I was very nervous. I came out in the first set and Ben was playing lights out, it was really good from him. I knew I had to step it up and the nerves started to calm down.

Did the title come as a surprise to you?
It was a little surprising to myself. It didn’t really kick in until the next day, I was like, ‘Wait, I just won Tiburon, my first Challenger final!’ As the tournament went on and I got to the quarters and semis, I started to feel much more confident. 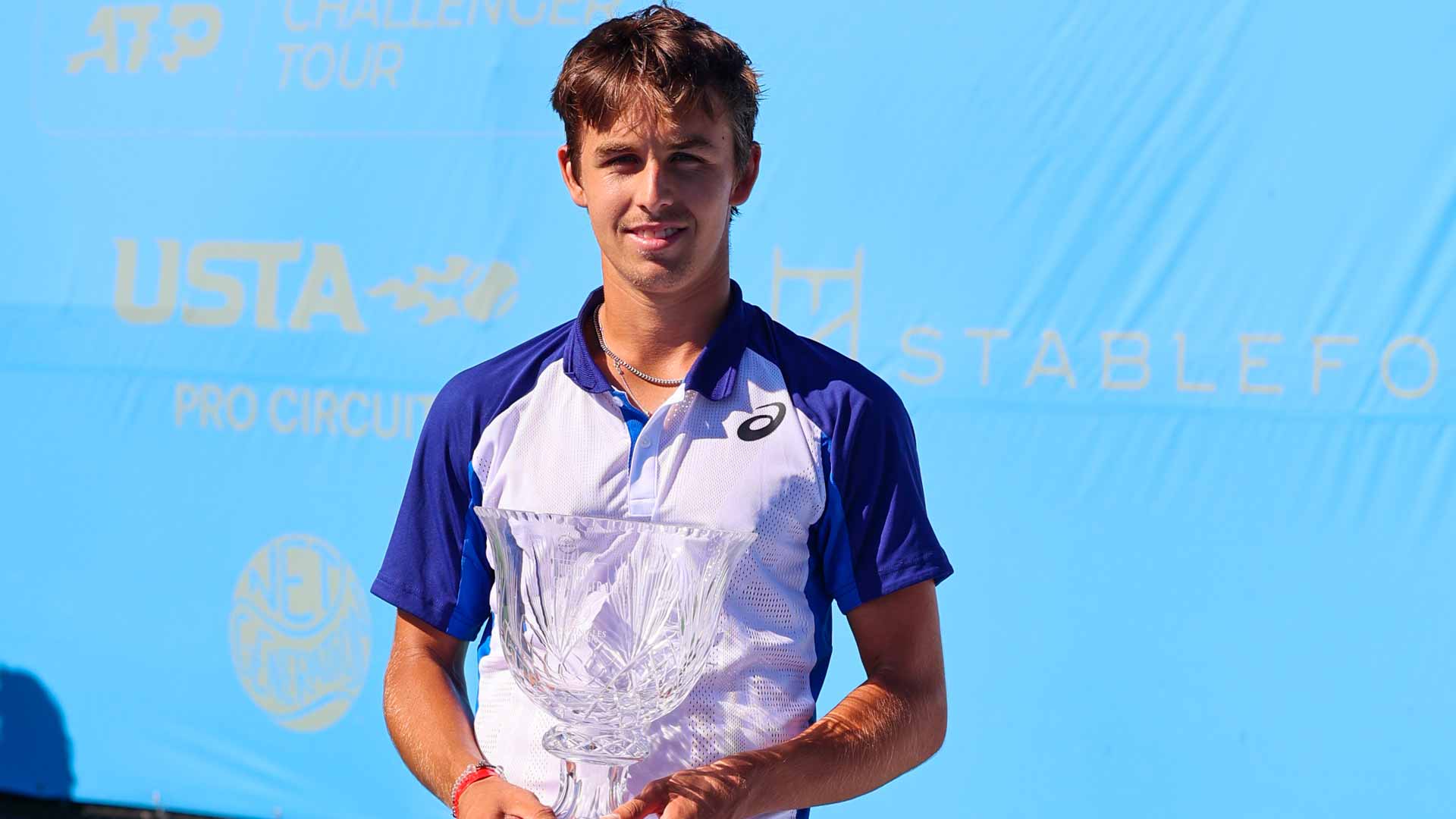 There are a lot of young Americans that are doing well right now on the ATP Tour and the Challenger Tour. Will you talk about how promising the future of American tennis looks?
The future is looking really good. There’s a lot of guys in the Top 100, and even outside the Top 100, on the Challenger Tour, guys like me, just building up. We kind of put each other up after a good win, we congratulate and say ‘Let’s keep it going!’ I’m close with Emilio Nava, Ben Shelton, and Brandon Holt. Every American, we put each other up, everyone is nice.

You played Ben Shelton in the 2021 USTA Boys 18s National Championship final. Is it fun to watch you and Ben’s growth and now 14 months later, competing in the Tiburon Challenger final?
It’s fun to see what Ben has done in the past year. He’s close to the Top 150. I knew Sunday was going to be much tougher than Kalamazoo, especially with the success he’s had in the past year. It’s cool to see two Next Gen Americans coming up in a Challenger final, you don’t see that too much.

You had a unique upbringing, where you didn’t play junior tournaments for four-and-a-half years and then won your first of two Kalamazoo titles at 16. Why do you think that path worked so well for you?
I took ages 10-14 off from tournaments. My parents didn’t really see the value of playing so much junior tennis. We were focussing on the process, getting better. The one thing I was kind of lacking was match play but other than that, it was an everyday process to get better. It looks like it’s starting to pay off for me.

How would you describe your game?
I feel like I’m a good ball-striker, good mover. Just solid from the ground, usually if I’m playing at my best, I don’t miss a whole lot. I’m still working on a lot of things, coming into the net, being more aggressive but I try to stay solid from the ground.

In your opinion, what’s the importance of the ATP Challenger Tour?
For me, getting a lot of matches. Especially like in Tiburon, where I was down in my first couple matches. Getting a lot of repetition in and also travelling, seeing new parts, all of it helps. Also, you see the ranking points start to really add up in the semis and finals.

How did you get into tennis? Is there a moment you look back on where you realised you wanted to be a professional tennis player?
I started when I was two. My dad got me into tennis. He played a couple of tournaments in college. I was always dreaming about being a professional. When I got my first ATP point at age 15 in Claremont, CA, beating the one seed at a Futures tournament, I was like, ‘Wow, I can hang with this guy!’ He was like Top 400 at the time, that’s kind of how it all started.

What is your biggest passion outside of tennis?
Growing as a person. Meeting new people, working on my social skills. Trying to learn off the court things, not just always tennis.

Who is your tennis idol?
Unfortunately he retired, but Roger Federer.

Were you able to watch Federer’s last match at the Laver Cup?
Yeah, I did, I watched all of it. It was very emotional. It felt like the world stopped for like a day or two.

Roger and I have some cool stories the past couple years. My first practice with him was at Indian Wells in 2019. I was super nervous, like the most nervous I’ve ever been. We practised that day, and then he asked me to warm him up for the round of 16, quarters, semis, and final, the year he played Thiem. It was amazing that he was requesting me.

When I won Kalamazoo in August, a couple months later, I went to the US Open and he remembered me. I was telling my parents, ‘I wonder if Roger will remember me!’ Sure enough, my first day walking on site, he was like, ‘Hey, Zach! Congrats!’ It was just cool that he saw my result at Kalamazoo and we hit a couple times. I remember that’s when I lost to [Paolo] Lorenzi in five sets when I was 16. One of the coolest things I’ll always remember was after my match, I was cramping, so tired. I went to the locker room and Roger just patted me on the shoulder and was like, ‘Good try, buddy. So close, keep it going!’ That felt so good coming from him.