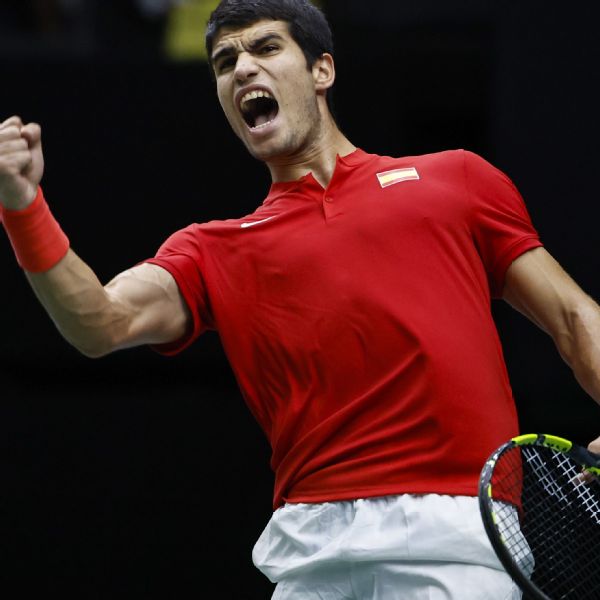 Carlos Alcaraz is producing the goods for his country as well as himself.

Seven days after winning his first Grand Slam tournament, the top-ranked Alcaraz beat Kwon Soon-woo in straight sets in the Davis Cup Finals to secure Spain’s victory over South Korea and a spot in the quarterfinals as the Group B winner.

The US Open champion pumped his fists by his side and yelled in celebration after Kwon sent a forehand long to hand the Spanish teenager a 6-4, 7-6 (1) victory in front of a passionate home crowd in Valencia on Sunday.

It was Alcaraz’s first win since beating Casper Ruud in the US Open final last Sunday. He also became the youngest man to lead the ATP computerized rankings since they began in 1973.

Alcaraz sat out Spain’s opening 3-0 win over Serbia on Wednesday and lost to Felix Auger-Aliassime in a 2-1 upset for Canada on Friday.

But the 19-year-old Alcaraz was back to his best Sunday, with some shots that had the crowd on their feet. Kwon also played inspired tennis, and their trainers squeaked on the hard court as both ran frantically in lengthy rallies, returning shots that at times seemed unplayable.

Roberto Bautista Agut had got Spain off to a great start with a 6-1, 6-3 victory over Hong Seong-chan. Marcel Granollers and Pedro Martinez were playing Nam Ji-sung and Song Min-kyu in the doubles.

The result sends Spain through to the final eight in November, when it will also be on home turf as the single-venue quarterfinals will be played in the southern city of Malaga.