Russia and Ukraine are in war, and tennis is in war with… tennis. Different organizations that run the sport have had conflicting views on whether Russian and Belarusian players should be eligible to compete at tournaments and the latest outcome of the conflict is the Lawn Tennis Association being fined £820,000 ($1 million) by the ATP. 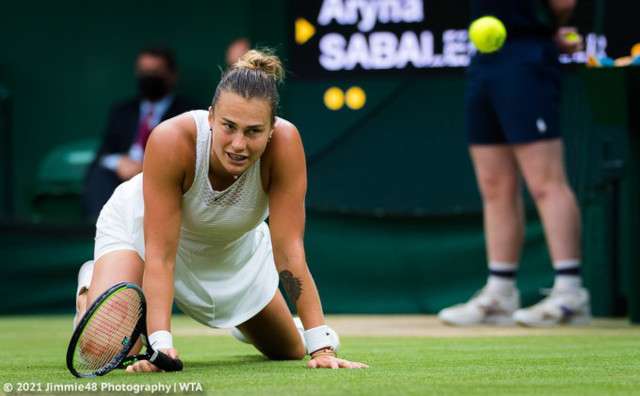 Aryna Sabalenka of Belarus was one of players prevented from playing Wimbledon this year.

As you know, this summer, the Lawn Tennis Association and the All England Lawn Tennis Club banned Russian and Belarusian players from entering Wimbledon, as well as the warm-up tournaments on British grass. Since the ATP and WTA were against this decision, they reacted by stripping Wimbledon of ranking points. Furthermore, in July, the Women’s Tennis Association fined the AELTC £207,000 and the LTA £620,000 for sanctioning Russian and Belarusian athletes.

The conflict is reheated now that the ATP, which runs men’s tennis tournaments outside of Grand Slams, has fined the LTA and threatened to cancel the governing body’s ATP membership if a similar discriminatory decision is made next year. The ATP imposed a £164,018 ($200,000) fine for each of the five events it staged this year.

The LTA has expressed deep disappointment and accused the ATP of showing a “surprising lack of empathy for the situation in Ukraine.” The national governing body of tennis in Great Britain is finding it hard to cope with the fines:

The financial impact of both this fine and the WTA’s fine will have a material impact on the LTA’s ability to develop and host tennis in this country.

For example, we had intended to host a number of ATP Challenger level events to give more opportunities to lower ranked players in the first quarter of 2023 and will now not be able to do this, particularly given the possibility of further fines.

According to Telegraph, The All England Club are considering a reversal of their ban on Russians and Belarusians playing at Wimbledon. (source: BBC)