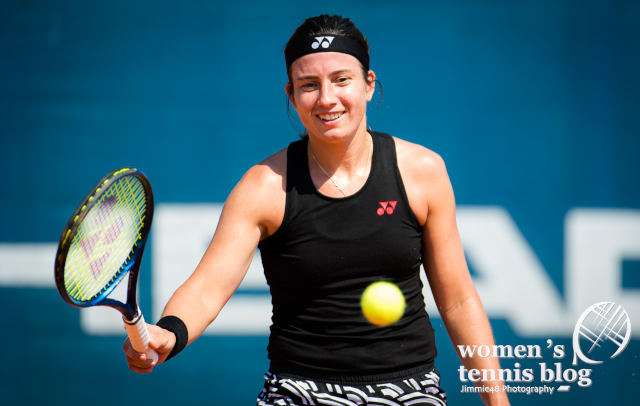 The 32-year-old Sevastova announced the happy news on Instagram, posting a black-and-white family photo. We can see the former WTA world No.11 and her long-time boyfriend/coach Ronald Schmidt holding their newborn.

Two months before delivery, Sevastova showed her baby bump as she continued to stay active on the tennis court.

Sevastova and her baby daddy met while she worked as a coach at the Better Tennis Academy, during her 2013-2014 career hiatus. Ahead of Sevastova’s 2018 US Open semifinal against Serena Williams, her partner/coach told The New York Times:

“Look, it was not my intention to bring her back. I never said to her, ‘Let’s try again.’ It had to come from her, and it was important that she was the one who decided it, not anybody else. And she’s been great. She’s working hard and now she’s in the semis. It’s crazy to think where we were four years ago.”

The last tournament Sevastova played was the 2022 Australian Open in January. The Latvian announced an indefinite break from tennis in February.